Does our constant connection to Facebook and Instagram change our perception of time? Can the use of social platforms be seen as a cinematic experience?

The chances are that you are reading these words on a mobile device. There is a good chance that you are spending a lot of time on that device every day. If that is the case, you are not alone. It is reported that in the US alone, the average adult spends two hours and 51 minutes on their smartphone every day. That is eight minutes longer than Andrei Tarkovsky’s film Stalker. But it is a good hour and ten minutes shorter than the average time that a French worker once spent watching TV. In China in 2018, the average daily time spent on a mobile device has begun to exceed time spent watching television, increasing to two hours and 39 minutes per day — four minutes shorter than Stalker.

For all the complaints that we could make against the average digital device for the time that it is stealing from us, we should perhaps instead investigate the kind of experience that we have whilst staring at — and interacting with — these tiny screens and the digital platforms inside and behind them. Since the experience we intend to describe contains the elements of image, sound, motion, interaction, and duration, we are considering it a cinematic experience.

We are engaging with digital devices and screens in a way that approaches, but has not yet reached, the stage of full immersion. In other words, the proto-cinematic narrative form that unites all of these screen experiences is not yet seamless and complete; a digital patchwork that blends in and out of reality and, at the time of writing, ends up totaling every day at the length of a slow Russian movie. This fragmented temporal experience inserts itself as a new kind of cinematic Gesamtkunstwerk for which we are yet to find the proper term. The objective of our essay is to probe this undeclared cinematic timespan.

We do so under the rubric “Digital Tarkovsky” because we believe that the work and world of the famed Russian filmmaker provides a fresh perspective, when re-interpreted in the context of the digital fragmentation that surrounds us.

As we will see, Tarkovsky’s artistic method was significantly messier than is recognised in the common understanding of his work as Cinema with a capital ‘C.’ Thus, our essay will look at the way in which Cinema with a capital letter has consolidated its ideas about time and duration, which are closely tied to the human experience of the moving Now.

One of the most central qualities of Tarkovsky’s films is how they make us feel the flow of time — even if such a flow is more of a human experience than an accurate scientific observation. Put differently, Tarkovsky forces us to experience the fact that things take time.

By contrast, our screens have become associated with ever-shortening attention spans and altered human cognitive functioning. They change the way we spend our time in public, so “daydreaming, thinking, speculating, observing, and people-watching are diminishing arts.” It’s not uncommon to hear, in reaction to all this, the pledge to “swap Facebook, WhatsApp and Instagram for facing real life head on.”

The arrival of internet platforms implies the segmentation of global time into specific temporalities that each construct their own version of a moving Now. Indeed, in the context of platforms, “the making of real-time […] does not unfold as a flat, eternal now or as a global, high-paced stream, but brings to our attention the particular web-specific entities, activities, and actors determining the temporality of the specific space,” wrote Esther Weltevrede, Anne Helmond, and Carolin Gerlitz in a 2014 study. They assert that this happens “at different speeds in relation to different devices.” The researchers introduce the concept of pace, to indicate “relative speed of progress or change.” Thus, the rhythms at which different platforms and devices provide updates create specific temporalities. As a result, because of the many different platforms and markers that each manufacturer gives their own moving Nows, we see “a more complex simultaneity and folding of temporalities” occur. Pacing “strategically organise[s] the speed at which movement and change occurs, bringing attention to the collaborative fabrication of speed and time.”

The key point remains that “real-time” is a constructed, designed configuration of temporality that occurs in a complex simultaneity with other, concurrent pacing rhythms.

Since we set out to look at mobile devices and their temporality as an undeclared form of cinema, the notion of pacing presents some important starting points for thinking about platform temporality. Platforms direct narrative arches and cliffhangers, shaping themselves around a user’s needs and attention. All of this is crucially dependent on the user reciprocating. The platform experience becomes increasingly lengthier, while more user data feeds back into the platform. Leif Weatherby contends that “as we live more of our lives on platforms such as Facebook, even the line between mind and matter is up for grabs. Think about Elon Musk’s proposal to jack your brain into the social network directly, surpassing the necessity for typing. Mark Zuckerberg is a fan of this proposal, since whatever gets platformed — in this case, your mind — also becomes data owned by the platform-owners.”

So, while the pacing of updates and prompts on various platforms and devices may be interpreted as an undeclared form of cinematic editing, the fact that we live more and more, but still not all of our lives on Facebook means that there remains a rarely accounted for difference or gap between life and platform. For example, Reed Hastings, the CEO of the Netflix movie streaming service, has determined that the platform’s biggest competitor is not another digital service, but sleep. “We’re competing with sleep, on the margin. And so, it’s a very large pool of time,” Hastings said.

Sleep comes from the same world as Tarkovsky’s slow-moving Now. Duration outside platforms, but measured with their pacing regimes kept in mind, doesn’t accentuate how we have accelerated, but on the contrary, how slow we still are. Bodies move slower than platform updates would like them to think they could. So does a traffic jam, so does sleep, so does waiting for a message or update that one hopes to receive, but never actually gets. So are aspiring, hoping, wishing, praying. The thickness of reality increases when measured against the relentless pacing regimes of Facebook, Twitter, and Instagram. Our impression of the viscosity of a Now, when measured against the undeclared cinematic regime of platform-based pacing, increases, and brings us back to Tarkovsky, a progenitor of slow cinema.

THE END OF TIME

Serial position effect is the tendency of a person to recall the first and last items in a series best, and the middle items worst.

INTUITION OF THE INSTANT. GASTON BACHELARD

TIME AND FREE WILL. An essay on the immediate data of consciousness 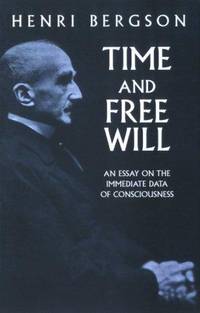 Bergson argues for free will by showing that the arguments against it come from a confusion of different conceptions of time. As opposed to physicists’ idea of measurable time, life is perceived in human experience as a continuous and immeasurable flow rather than as a succession of marked-off states of consciousness. Drawing on the latest research from the fields of psychology, neuroscience, and biology, writer and broadcaster Claudia Hammond explores the mysteries of our perception of time in her book Time Warped.

Why does life seem to speed up as we get older? Why does the clock in your head move at a different speed from the one on the wall? Why is it almost impossible to go a whole day without checking your watch? Is it possible to retrain our brains and improve our relationship with it?

In Time Warped, Claudia Hammond offers insight into how to manage our time more efficiently, how to speed time up and slow it down at will, how to plan for the future with more accuracy, and she teaches how to use the warping of time to our own benefit.