Funes is the fictional story of Ireneo Funes, who, after falling off his horse and receiving a bad head injury, acquired the amazing talent — or curse — of remembering absolutely everything. (…)

This column will change your life: the art of forgetting

The good news, as reported in Scientific American Mind, is that you can. Attempting not to think about something can notoriously have the opposite effect – the «don’t think of a white bear!» problem – but research showssuppression gets better with practice and substituting a thought with another thought can work well, too. Intriguingly, those who are best at deliberate forgetting are those who are also best at remembering things. (People with ADHD are worse at it.) A sharp and healthy mind is one that can remember and forget. Distracting yourself is another technique that gets a bad rap but that can be similarly effective: in one study, having to press a button each time a word-cue appeared led to as much forgetting as deliberately trying to block it. «Action interferes with recollection,» as one researcher put it. Want to forget your screw-up at work today? Cook a complex dinner tonight.

As a society, argues internet scholar Viktor Mayer-Schonberger, we’re getting worse at forgetting, thanks to the web: Amazon, Google and Facebook remember everything you use them for, for ever. In his book Delete, he calls for legal efforts to change the default, so that unless you choose otherwise, your online activities will eventually slip into the memory hole. It’ll never happen. But it’s a welcome intervention in the polarised debate between advocates of privacy and publicness. Perhaps «living in public» in the digital era would be less unsettling if we could trust that the web – like an optimally functioning human mind, rather than one with a disorder such as Price’s – might eventually also forget. (…) Every year, at the genocide-commemoration ceremonies during mourning week, scores of Rwandans erupt in this way, unstrung by grief, convulsed and thrashing when anyone comes near to soothe or subdue them, including, at the stadium, yellow-vested trauma teams who carry them out, bucking and still screaming. You can expect it, but you can’t protect against it. All around the stadium, all around the city, all around the country hung misty-gray banners displaying the word kwibuka—“remember.” The lacerating voices in the stadium make the banners seem almost cruel. Is it really healing to keep reopening a wound? (…)

HYPERTHYMESIA OR FUNES THE MEMORIOUS

«Funes the Memorious is as Borgesian a character as they come, a man tormented by his hyperencylopedic mind, tragically unable to forget anything. “I alone have more memories than all mankind has probably had since the world has been the world,” Funes laments. Seemingly fulfilling the most hubristic of human ambitions—to remember/know everything—he is incapacitated by the compulsive absoluteness of his knowledge, unable to think and communicate with the rest of the humanity. Casting himself as the imperfect, inferior countercharacter to Funes, Borges suggests that forgetting—that is, forgetting ceaselessly—is essential and necessary for thought and language and literature, for simply being a human being.»

Hyperthymesia is the condition of possessing an extremely detailed autobiographical memory. Hyperthymesiacs remember an abnormally vast number of their life experiences.

Elizabeth Parker, Larry Cahill, and James McGaugh (2006) identified two defining characteristics of hyperthymesia: Spending an excessive amount of time thinking about one’s past, and displaying an extraordinary ability to recall specific events from one’s past.[1]

Individuals with hyperthymesia can recall almost every day of their lives in near perfect detail, as well as public events that hold some personal significance to them. Those affected describe their memories as uncontrollable associations, when they encounter a date, they «see» a vivid depiction of that day in their heads.[3] Recollection occurs without hesitation or conscious effort.

It is important to draw a distinction between those with hyperthymesia and those with other forms of exceptional memory, who generally use mnemonic or similar rehearsal strategies to memorize long strings of subjective information. Memories recalled by hyperthymestic individuals tend to be personal, autobiographical accounts of both significant and mundane events in their lives. This extensive and highly unusual memory does not derive from the use of mnemonic strategies; it is encoded involuntarily and retrieved automatically.[4] Despite being able to remember the day of the week on which a particular date fell, hyperthymestics are not calendrical calculators like some people with autism or savant syndrome. Rather, hyperthymestic recall tends to be constrained to a person’s lifetime and is believed to be an unconscious process. (…)

From the book «The Seven Sins of Memory: How the Mind Forgets and Remembers» written by Daniel Schacter, former chair of Harvard University‘s Psychology Department and a leading memory researcher.

Transience refers to the general deterioration of a specific memory over time. Much more can be remembered of recent events than those further in one’s past. This is especially true with episodic memory, because every time an episodic memory is recalled, it is re-encoded within the hippocampus, altering the memory each time you recall it. Transience is caused because of interference. There are two types of interference: proactive interference (old information inhibits the ability to remember new information), and retroactive interference (new information inhibits the ability to remember old information).

This form of memory breakdown involves problems at the point where attention and memory interface. Common errors of this type include misplacing keys, eyeglasses, or forgetting appointments because at the time of encoding sufficient attention was not paid on what would later need to be recalled.

Blocking is when the brain tries to retrieve or encode information, but another memory interferes with it. Blocking is a primary cause of Tip of the tongue phenomenon (a temporary inaccessibility of stored information).

Misattribution is the first of the sins of commission which are discussed in the book. It entails correct recollection of information with incorrect recollection of the source of that information. For example, a person who witnesses a murder after watching a television program may incorrectly blame the murder on someone she saw on the television program. This error has profound consequences in legal systems because of its unacknowledged prevalence and the confidence which is often placed in the person’s ability to know the source of information important to suspect identification.

Suggestibility is somewhat similar to misattribution, but with overt suggestion. It is accepting false suggestion made by others. Memories of the past are often influenced by the manner in which they are recalled, and when subtle emphasis is placed on certain aspects which might seem likely to a specific type of memory those emphasized aspects are sometimes incorporated into the recollection, whether or not they actually occurred. For example, a person sees a crime being committed by a redheaded man. After reading in the newspaper that the crime was committed by a brown-haired man, the witness «remembers» a brown-haired man instead of a redheaded man.

Loftus and Palmer’s work into leading questions is an example of such suggestibility.

The sin of bias is similar to the sin of suggestibility in that one’s current feelings and worldview distort remembrance of past events. This can pertain to specific incidences and the general conception one has of a certain period in one’s life. This occurs partly because memories encoded while a person was feeling a certain level of arousal and a certain type of emotion come to mind more quickly when a person is in a similar mood. Thus, a contented adult might look back with fondness on their childhood, induced to do so by positive memories from that time which might not actually be representative of their average mood during their childhood.

This failure of the memory system involves the unwanted recall of information that is disturbing. The remembrance can range from a blunder on the job to a truly traumatic experience, and the persistent recall can lead to formation of phobias, post-traumatic stress disorder, and even suicide in especially disturbing and intrusive instances. 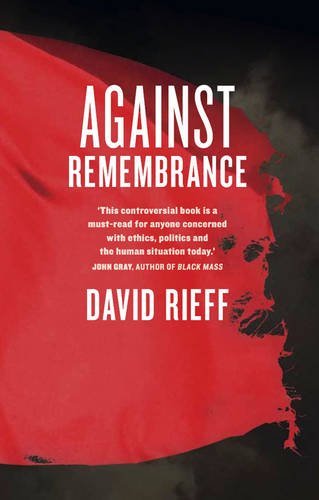 The Seven Sins of Memory: How the Mind Forgets and Remembers 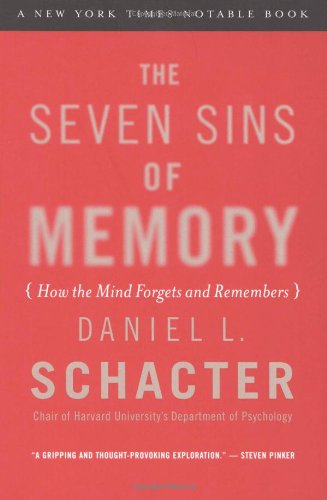 The Seven Sins of Memory: How the Mind Forgets and Remembers is a book (ISBN 0-618-21919-6) by Daniel Schacter, former chair of Harvard University‘s Psychology Department and a leading memory researcher.

The book revolves around the theory that «the seven sins of memory» are similar to the Seven deadly sins, and that if you try to avoid committing these sins, it will help to improve your ability to remember. He argues that these features of human memory are not necessarily bad, and that they actually serve a useful purpose in memory. For instance, persistence is one of the sins of memory that can lead to things like post traumatic stress syndrome. However persistence is also necessary for long-term memory, and so it is essential.

Human knowledge is based on memory. But does the digital age force us to remember too much? Viktor Mayer-Schönberger argues that we must delete and let go

(…) The dream of overcoming human memory’s fallibility was expressed by HG Wells when, in the 1930s, he wrote of a «world brain» through which «the whole human memory can be . . . made accessible to every individual». Today, perhaps we have that world brain, and it is called Google. Mayer-Schönberger sounds an Orwellian note about this: «Quite literally, Google knows more about us than we can remember ourselves.»

His point is that a comprehensive memory is as much a curse as a boon. He cites the case of a 41-year-old Californian woman called AJ who, since she was 11, has remembered the events of her every day in agonising detail – what she had for breakfast three decades ago, what happened in each episode of every TV show she watched. That inability to forget, Mayer-Schönberger argues, limits one’s decision-making ability and ability to form close links with people who remember less. «The effect may be stronger when caused by more comprehensive and easily accessible external digital memory. Too perfect a recall, even when it is benignly intended to aid our decision-making, may prompt us to become caught up in our memories, unable to leave our past behind.» (…) 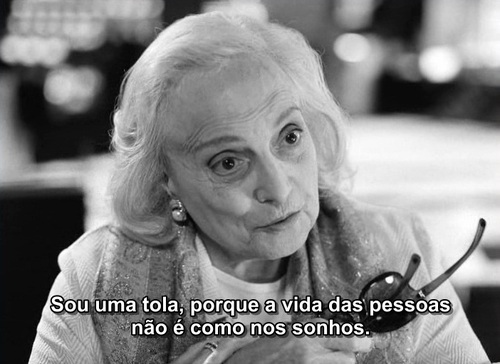 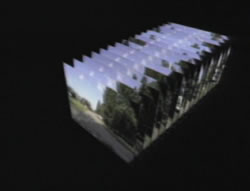 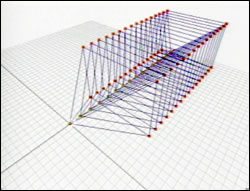